Why Physicians Have No Excuse to Suffer from Sleep Apnea

Though estimates from the Centers for Disease Control and Prevention (CDC) and other health organizations indicate that more than 50 million Americans suffer from sleep apnea or another sleep disorder, the actual number is difficult to hone in on because many people with sleep apnea ignore common symptoms such as chronic snoring, recurring headaches and daytime sleepiness, or believe those symptoms to be signs of other conditions.

Doctors, however, have no excuse. Here are a few reasons why. 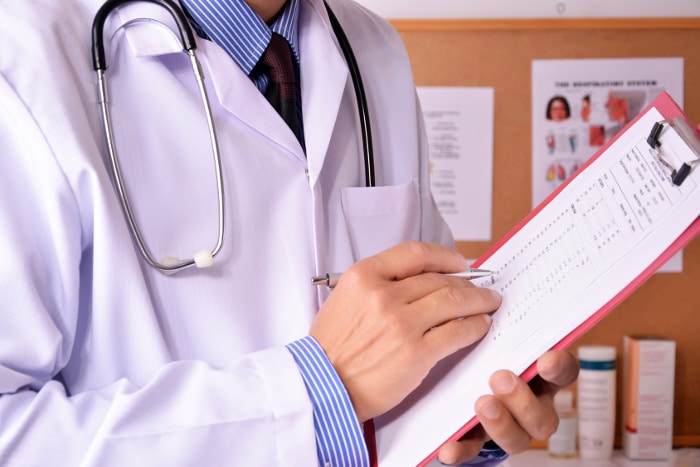 In recent years, public health organizations and medical professionals have made great efforts to increase public awareness about sleep apnea and its associated health risks. But many of the dangers of sleep apnea have been known to the medical community for decades.

Sleep apnea is associated with depression and other mood disorders, and it has been linked to an increased risk for cardiovascular conditions including high blood pressure, heart disease and stroke. Research also suggests that sleep apnea may contribute to a heightened risk for type 2 diabetes and liver problems.

2. We Depend on Physicians for Our Health

This inability to achieve healthy, restful sleep leads to recurring daytime fatigue, attention problems, excessive daytime sleepiness, and irritability among other issues. In other words, sleep apnea erodes some of the primary traits doctors need to focus on your health, provide an accurate diagnosis, and recommend proper treatment.

3. They Understand the Basic Anatomy of Sleep Apnea

Physicians in general have an anatomical understanding of what causes sleep apnea and how sleep apnea affects the body.

For example, obstructive sleep apnea, which is the most common type of sleep apnea, occurs when the muscles that reside in the rear of the throat become relaxed and allow the tissue of the soft palate to collapse. This, in turn, restricts the airway and impedes breathing; it can also reduce the amount of oxygen in the blood.

Doctors should understand that, although some people are at an increased risk for sleep apnea, such as men who are overweight and have a large neck, everyone has the same basic anatomy and is vulnerable to sleep apnea.

Finally, and most importantly, sleep apnea is treatable. One effective therapy is the continuous positive airway pressure (CPAP) device. This administers a continuous flow of oxygen via a mask that is connected to an air circulator.

Some people, it should be noted, find CPAP cumbersome and uncomfortable, and discontinue its use before the treatment has a chance to work. But CPAP is not the only option. An increasing number of sleep apnea sufferers have successfully restored healthy sleep with the use of oral appliances. Oral appliances fit snugly and comfortably over the teeth similar to sports mouth guards, and they are designed to hold your jaw in an optimal position as you sleep in order to promote an open airway.

If you live in the Columbia, SC, area and you or a loved one suffers from snoring and other sleep apnea symptoms, please call Smile Columbia Dentistry at (803) 781-9090 or contact us online to learn more about sleep apnea diagnosis and treatment.

By Dr. Adam Hahn|February 22nd, 2016|Sleep Apnea|Comments Off on Why Physicians Have No Excuse to Suffer from Sleep Apnea