Want to Look Smart? Take Care of Your Teeth

The Wall Street Journal recently ran a feature about how many attempts to look intelligent actually backfire and make a person look less intelligent. But there is one thing you can reliably do to make yourself look smarter: take care of your teeth. 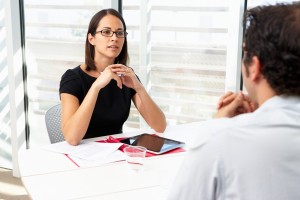 The WSJ article focuses primarily on a study in which people were video recorded after some of them were told to try to look smart while others were not. Recorded individuals were then given an IQ test. Researchers looked at the recordings, identifying nearly 30 characteristics of individuals in the videos. Then the videos were shown to others who were asked to rate the intelligence of the person in the video.

People who were told to look smart employed a number of different strategies, many of which backfired. Among these were putting on a serious expression, trying to use big, complicated words and sentences, and keeping hands and arms still. The one that tends to backfire most is using a lot of complicated words, which actually tends to make people think you are less intelligent, especially if you don’t use them correctly.

Using simple, clear language is a good way to make people think you’re smart. You are also more likely to be perceived as smart if you have a pleasant expression than a serious one.

Projecting Intelligence with Your Smile

To a certain extent, this judgment is borne out, because healthier teeth are consistently associated with a higher education level.

So if you are wanting to get or maintain an intelligent appearance, we strongly recommend taking care of your teeth and correcting cosmetic dentistry problems like crooked teeth with Invisalign, discolored teeth with teeth whitening, and missing teeth with dental implants.

To get the smartest smile in the room, please call (803) 781-9090 for an appointment with a Columbia, SC cosmetic dentist at Smile Columbia Dentistry.

By Dr. Adam Hahn|January 14th, 2015|Cosmetic Dentistry|Comments Off on Want to Look Smart? Take Care of Your Teeth