A Third of Americans Choose Root Canal over Christmas Shopping

As we’re closing in on the last week of Christmas shopping, the stores are getting crowded, tempers are getting frayed, and everyone is getting more than a little frustrated. So perhaps it’s not surprising that a survey by shopping app GameIt, which was given to more than 1000 Americans, shows that nearly a third of them would rather have a root canal than go Christmas shopping.

At least, that’s how it’s being represented. The reality is that the survey was more than a little rigged. 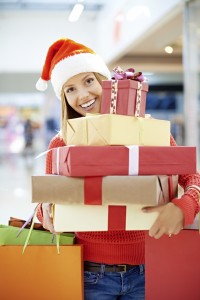 The founder of GameIt, Bryce Johnson, made his own opinion clear: “Personally, I’d rather have my molars extracted without an anesthetic than have to go Holiday shopping every day.” And it seems that the survey designed by his company was probably rigged to get results that matched his sentiment. The actual question was whether a person agreed with this statement: “I would rather have root canal treatment than be forced to go Christmas or Holiday shopping every day for weeks on end.” The statement seems to contrast a single root canal, with interminable weeks of coerced shopping, devoid of all the rewarding happiness that goes along with holiday shopping.

Looking at this choice, it’s actually surprising that more people didn’t choose the root canal. We can put that down to people’s reluctance about the procedure and their ignorance about how comfortable the procedure really is.

If you think you need a root canal, we can help. Please call (803) 781-9090 for an appointment with a Columbia, SC dentist at Smile Columbia Dentistry. Sorry, we can’t help with your Christmas shopping, though.

By Dr. Adam Hahn|December 17th, 2014|General Dentistry|Comments Off on A Third of Americans Choose Root Canal over Christmas Shopping