On the heels of a proposed federal rule to require sleep apnea testing for all commercial truck drivers and railroad operators arrives a new study that demonstrates how dramatically untreated sleep apnea can impair a person’s ability to function while driving. 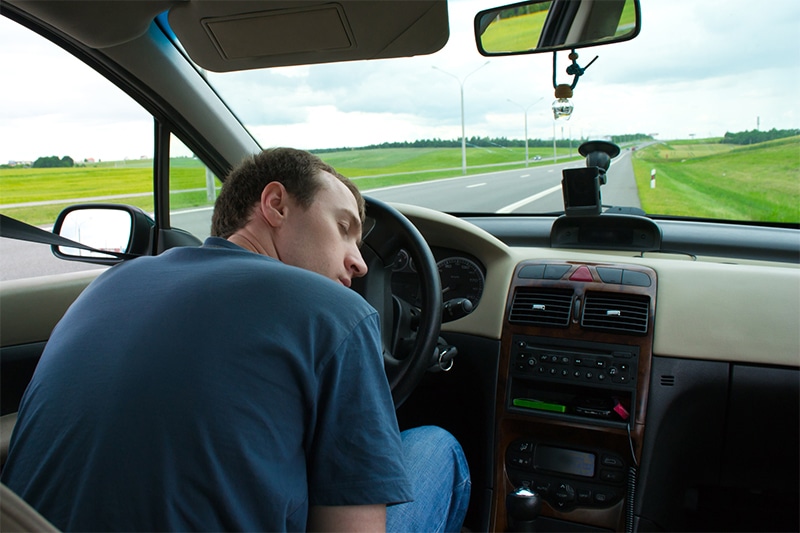 A recent study conducted by faculty, staff, and student researchers at the University of Minnesota-Morris found that truck drivers who failed to follow through on treatment for obstructive sleep apnea (OSA), the most common and dangerous form of sleep apnea, have a five times greater risk of being involved in a severe — and otherwise preventable — crash.

The study identified more than 1,600 truck drivers with OSA and a control group of the same number who were found unlikely to have sleep apnea. Drivers with OSA were provided a continuous positive airway pressure (CPAP) device, the most widely prescribed treatment for OSA, that could be used at home or in the trucker’s sleeping compartment. Researchers tracked CPAP use with a computer chip in each machine.

The rate of serious crashes was five times higher among truck drivers who didn’t follow their CPAP treatment. “To put our findings in context, if we look at 1,000 truck drivers each working for a year, the drivers with obstructive sleep apnea who refuse mandated treatment would have 70 preventable serious truck crashes, compared to 14 crashes experienced by both a control group and by drivers with sleep apnea who adhered to treatment,” said lead author and University of Minnesota professor Stephen Burks in a news release.

CPAP and Other Sleep Apnea Treatment

Obstructive sleep apnea is characterized by frequent breathing interruptions during sleep and is often accompanied by loud, chronic snoring. The condition impairs sufferers’ sleep, leads to daytime fatigue, and can eventually contribute to life-threatening health problems including high blood pressure and heart disease if not treated.

CPAP devices provide continuous airflow during sleep via a mask attached to a bedside pump. While CPAP has proven its effectiveness when used regularly, many patients, as the truck driver study illustrates, find the machine cumbersome and the mask uncomfortable, and discontinue treatment.

CPAP is not the only option for sleep apnea, however. Many patients have successfully restored healthy, restful sleep with oral appliance therapy. An oral appliance is a form-fitting mouthpiece worn during sleep to properly support the jaw and maintain an open air passage.

If you live in the Columbia, SC, area and you or a family member suffers from regular snoring, please call Smile Columbia Dentistry at (803) 781-9090 to schedule an appointment with a knowledgeable sleep dentist and learn more about your options for restoring restful sleep.