Strengthening the Link between Gum Disease and Alzheimer’s 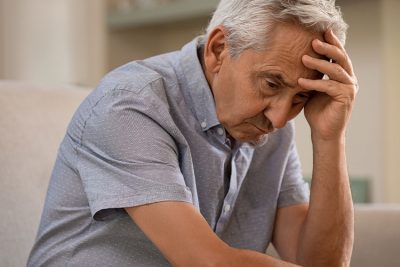 Oral health is an important component of your overall health. That’s why it’s important to visit your dentist regularly to make sure you are getting the proper preventive dental care to combat oral diseases like cavities and gum disease. We continue to learn more serious effects of these problems on  your overall health.

Now a new study published last week in the Journal of Alzheimer’s Disease shows how quickly oral bacteria can infect and destroy neurons such as brain cells.

For this study, researchers used human stem cells to develop neurons that they could examine outside the brain. They then exposed the neurons to a common oral bacterium, Porphyromonas gingivalis.

The P. gingivalis bacteria made their way into the neurons, colonizing them at many different locations. The neurons did not immediately die. However as researchers monitored the cells at 24, 48, and 72 hours after exposure, the neurons soon began to show signs of damage from the infection, many of which resemble the changes that Alzheimer’s disease inflicts on the brain. This includes the loss of synapses, the vital connections between brain cells that allow for memory and thought to be transmitted through the brain. The loss of synapses is considered one of the earliest indicators of Alzheimer’s disease.

Evidence of neuron damage occurred by 48 hours after exposure. Eventually, the neurons died from the effects of infection.

Gingipains in the Brain

As the connection between oral bacteria and Alzheimer’s disease grows stronger, people are looking more at the exact mechanisms by which the bacteria could be causing the brain damage. One of the greatest suspects in gingipains, enzymes released by P. gingivalis. Gingipains perform a number of functions. It helps the bacteria to break down proteins to feed itself. Gingipains also suppress the body’s immune response, making it harder for the body to combat gum disease.

Prevent Gum Disease to Protect Your Health–and Your Brain

If you want to maintain your health in top condition, it’s important to get regular preventive care from a dentist. This can help you control gum disease, which will not only help you keep your teeth, it might help you keep your mind longer.

Although we do not yet know that more regular dental checkups actually reduce Alzheimer’s disease risk, we do know that it has protective effects for other health consequences, such as heart disease.

If you are looking for a dentist in Columbia, SC to protect your oral and overall health’ esc_html=’false’}}}}, please call (803) 781-9090 today for an appointment at Smile Columbia Dentistry.

By Dr. Adam Hahn|May 20th, 2020|General Dentistry|Comments Off on Strengthening the Link between Gum Disease and Alzheimer’s