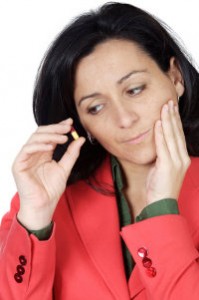 For those of us who have been treating it for years, all we can do is shake our heads when Fox News runs a story about TMJ treatment under the headline: “New Approach to Correct Jaw Pain.” TMJ is not a new condition, nor are the treatments used to correct jaw pain and headaches associated with it, which have been thoroughly evaluated for decades to show their effectiveness.

The History of TMJ

Although some claim the disorder may have been known to the ancient Egyptians (What didn’t they know? According to the Internet, they apparently already knew everything!), it was not until the nineteenth century that people began medical treatment in the modern sense. The first surgery to relieve jaw joint pain, sticking of the joint and clicking of the jaw was performed by British surgeon Thomas Annandale in the late nineteenth century. Despite sporadic work in the early nineteenth and twentieth century, TMJ was first described in modern medical terms in 1934 by James Costen, which is why it was originally called “Costen’s syndrome.”He identified the condition with malocclusion, and emphasized many of the common symptoms we see today, including ear symptoms like tinnitus, vertigo, and dizziness. He looked at more than 500 cases in ten years of looking at the condition.

However, TMJ didn’t receive much medical attention until the 1950s, when people began to review his work and propose treatments. There was also debate about whether the condition was actually a single entity or a number of different conditions that seemed to share symptoms. There was also debate about whether Costen’s attribution of these symptoms to a bad bite was accurate, a debate which still continues to this day.

Modern TMJ treatment has been developing since the late 1980s when computerized diagnostic equipment became available that could measure important data about the performance of a person’s jaw muscles, the movement of their jaw, and other variables that helped us understand what was really going wrong in the jaw.

Over time, better diagnostics and patient histories have helped us to understand that surgical treatment for TMJ should be used as a last resort, and that, in general, less intervention is best. We may recommend an electronic muscle massage, manual massage, physical therapy, or just a splint you wear at night to reposition your jaw. The treatments may be minor, but the results can be major: a relief to chronic pain, an end to frequent headaches, and the banishment of numerous symptoms you may not have known were associated with your jaw.

To learn whether TMJ may be responsible for your symptoms and see what TMJ treatment is right for you, please contact Smile Columbia Dentistry or call