This morning, India launched its first spacecraft headed to the planet Mars. With China planning a moon rover to be launched this December, the US will probably have to work hard to advance its manned mission to Mars if it wants to be the first to land astronauts on Mars. However, before we do that, we have to make sure we are prepared for the hazards of space travel. Space travel causes many adverse effects on the body, including its effects on the mouth and teeth.

Effect of (Simulated) Microgravity on the Oral Cavity 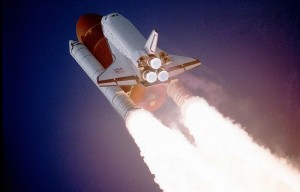 There have not yet been detailed studies of the effects of actual extended microgravity on the mouth. However, researchers have studied the effects of simulated microgravity on the oral cavity using people who spent six weeks in the head down tilt (HDT) bed rest position, a common simulation technique. Researchers found that people in the is position experienced tooth pain, jaw pain, altered taste, and other effects.

Another simulated microgravity study looked at the periodontal health of people who spent 60 days in the HDT position. It found that there were some changes in the saliva’s mineral content, but that periodontal health didn’t seem to be affected.

One of the remarkable studies that was conducted was an analysis of bone loss around a dental implant that a French astronaut took up to the Soviet Space Station Mir for six months. Over the six months that he was on the station, he gained 0.43mm of bone on one side of the implant and lost 0.36 mm of bone on the other side. The implant was stable and functional.

The Soviets also performed studies on the effects of microgravity on the teeth and jaws of animals who experienced weightlessness. One study looked at 30 rats who were sent into space for 19 days, along with an additional five who were placed in simulated gravity centrifuges. They found that the animals who were sent into space (but not in centrifuges) had lower bone density, vascular development in the jawbones, and lower levels of calcium and phosphorus in bones and teeth.

Another study looked at 70 rats of various genders and ages, and found that these changes were not uniform, but corresponded to the gender and developmental level of animals.

Another important factor to consider is how mouth bacteria may respond to prolonged periods of weightlessness. Current studies suggest that biofilms grow significantly larger and more robust in microgravity than on Earth, though this study was not conducted using parasitic mouth bacteria species. This means that astronauts will likely have to practice even more careful oral hygiene during the extended trip to Mars.

Which is why dentists should be included among the personnel of any trip to Mars. Since the trip to Mars is expected to take at least 6 months, astronauts will be due for their regular dental checkup before they get to the Red Planet anyway.

Although they’re not likely to be selected for a Mars mission, our Columbia dentists can help you with everything from checkups to dental implants. Please contact Smile Columbia Dentistry or call (803) 781-9090 today for your appointment.