Would You Go to a Dentist at the Grocery Store?

It seems a little odd to think about a dentist at the grocery store. After all, it’s not that long since we were startled by the announcement that a German coffee store was selling dentures. But in the UK, two supermarket chains are adding dentists to their stores, which means that this might very well be something we see here in the US soon. 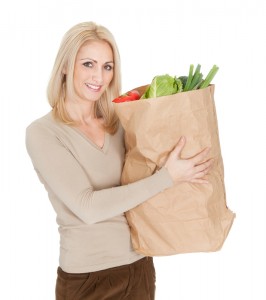 It’s something we’re used to seeing already: stores that are relatively successful in one or a few things add extra services in the hope of increasing revenue and gaining a greater resilience against changes in the market. Stores that used to sell only packaged food now sell prepared food. Now, among the services that are being added to supermarkets in the UK are dentist practices. One supermarket chain, Sainsbury’s, has five dentist office in its stores and is trying to open a sixth. A second chain, Tesco, has one dentist office.

So far, objections raised about the move have primarily been commercial–concerns about diverting trade from smaller dentists–but there is also a quality of care issue.

What Quality of Care Would Grocery Store Dentists Offer?

On the one hand, a dentist’s office in the grocery store would potentially be convenient for many people. They might have a dentist nearby that they could visit, then stop off at the store to pick up a few things before coming home. And is it really any different from some of the other services that are offered at grocery stores, such as a pharmacy, an optometrist (in the case of these UK supermarkets), and small medical clinics. Kroger chains include small medical clinics in many states, though not in South Carolina.

However, quality of care would be an issue, and not just because the dentist that works at the grocery store may not be the most highly skilled dentist. Dentistry is an area of medicine that strongly benefits from continuity of care: seeing the same dentist regularly so they know about the issues you have with your teeth, the procedures that have been done, and what results have been. In addition, dental procedures should be designed to give quality, long-lasting results, something a dentist is less likely to worry about if they’re never going to see you again.

Hopefully, we don’t get dental offices in the grocery stores here, but even without them, there are a number of dental practices that operate in a similar fashion, oriented just at giving you short-term solutions without a concern for your long-term health.

If you are looking for a better dentistry practice, one where we strive to give you great-looking long-term results and even prevent future problems, please call (803) 781-9090 for an appointment at Smile Columbia Dentistry in Columbia.

By Dr. Adam Hahn|October 8th, 2014|General Dentistry|Comments Off on Would You Go to a Dentist at the Grocery Store?