In Coke, the Fizz Is as Bad as the Sugar

If you’re thinking of losing weight this year, you may already be considering cutting down on sugar in your diet. This is definitely better for your teeth as well as your waistline. But if you’re thinking that switching to a sugar free coke will help you meet your goals, think again.

When it comes to your teeth, it’s as much the fizz as the sugar that’s bad for your teeth, and now new research indicates that the fizz might also be responsible for your weight gain, too. 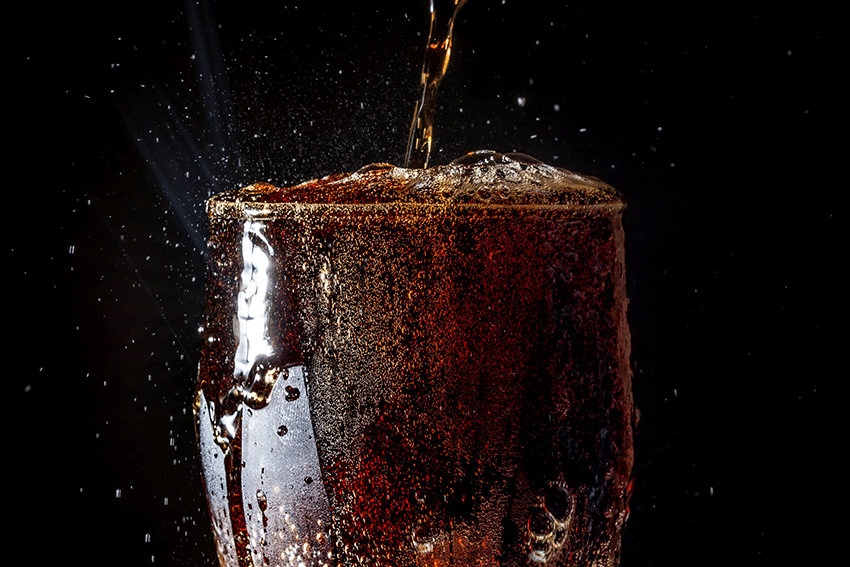 The Fizz Makes You Hungry

Ghrelin is a hormone that plays many roles in your body’s metabolism. It stimulates us to feel hungry, which is why it’s sometimes called the “hunger hormone,” but it’s also responsible for effects that encourage the body to store more fat and burn less.

Intrigued by the results of this study, doctors involved in a BBC program wanted to follow up this research. Their results aren’t exactly scientific, but they’re telling. For the BBC “study,” researchers recruited volunteers who were given a controlled meal, then either a carbonated coke, flat coke, carbonated water, or flat water. Subjects visited the lab four times, so every subject had measurements taken with both flat and carbonated beverages. Subjects were also given a food diary to track what they ate for the rest of the day.

The results seem to confirm the data from the published study. People had significantly higher ghrelin levels after drinking carbonated beverages, an increase of about 50%. Not only that, but food diaries showed that people consumed an average of 120 more calories a day when they drank the carbonated beverage.

How would this impact your health goals? Adding in the calories of the coke, you’d be looking at about 270 more calories a day, which translates to a weight gain of about 28 pounds a year over not drinking even a single coke. Although you might do better if you switch to a diet coke, the carbonation and other mechanisms are still likely to lead to weight gain (and tooth damage).

The Carbonation Is Bad for Your Teeth, Too

And, as we alluded, the carbonation contributes to serious tooth damage that comes from drinking cokes. Most carbonation comes from dissolving carbon dioxide in water, which leads to the creation of carbonic acid.

Carbonic acid itself is a relatively weak acid, so if that were the only acid in coke, you’d be okay. But other acids are usually added so that the pH level of coke is typically 100-1000 times stronger than the point at which your tooth enamel starts to dissolve. Exposing your teeth to this level of acid will erode them badly.

If you’re experiencing damage from acidic foods and drinks like coke, we can help. We offer strategies to help protect your teeth. Ceramic dental crowns are highly resistant to acid attack. So your smile can be made whole again, and it will be more resistant to acidic damage. But it won’t be completely immune. The best way to protect your teeth is to just give up coke altogether.

If you’re looking for a Columbia, SC dentist who can help protect and restore the beauty of your smile, please call (803) 781-9090 today for an appointment at Smile Columbia Dentistry.

By Dr. Adam Hahn|January 18th, 2018|General Dentistry|Comments Off on In Coke, the Fizz Is as Bad as the Sugar