Dog’s Tale Shows TMJ Can be All Bark, All Bite

Research indicates that a wide range of mammals, from dogs to horses to walruses, can develop TMJ or similar jaw dysfunction. And the recent plight of an abandoned dog demonstrates how untreated TMJ can impair one’s quality of life. 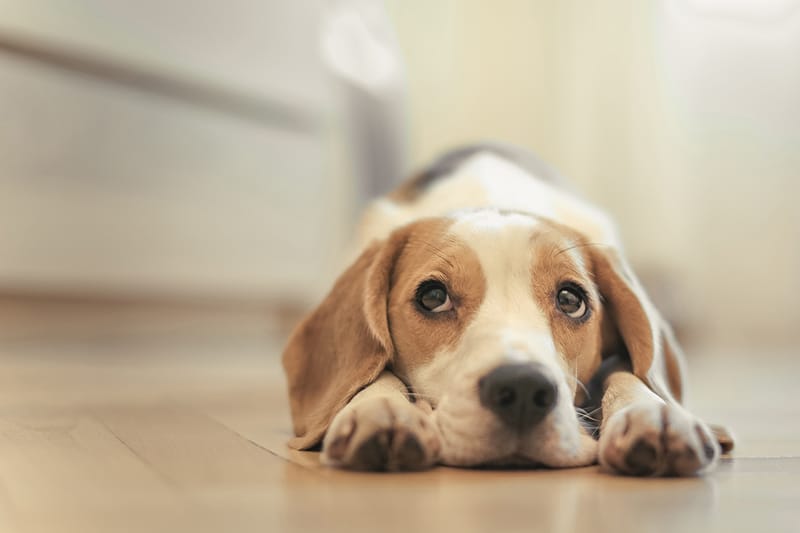 Holly is the name since given to an approximately 3-month-old beagle mix who was abandoned in northern New Hampshire last month. Holly ended up in the care of a local animal control officer and former veterinary technician, whose early diagnosis revealed at least one severed temporomandibular joint among a host of other health concerns.

Although Holly’s case is extreme, TMJ is sometimes the result of physical trauma. Many symptoms Holly experienced were similar to those of people with TMJ, though to a greater degree:

The animal control official was so worried about the severity of Holly’s jaw condition, and the community was so moved by Holly’s story, that the town council voted unanimously to pay for further diagnostics to determine the extent of Holly’s injuries.

Dog Daze: A Turn for the Worse

Holly’s condition was worse than initially believed. In addition to damaged temporomandibular joints, Holly’s jaw was broken and infected.

Without surgery to repair her jaw, Holly would at best have to adjust to a diet of soft food and lifelong pain. Similarly, many people with TMJ modify their lifestyles around progressively worsening discomfort and jaw mobility, perhaps not knowing that treatment options are available.

In Holly’s case, the physical damage was so extensive that multiple surgeries would be necessary to restore function. The community rallied behind the abandoned dog and funded Holly’s procedures.

Holly responded well to her first surgery and will soon continue treatment. The animal control officer, who is caring for Holly through the process, said she will soon be able to eat—and bark—just like dogs with normally functioning jaws.

For people, surgery is rarely necessary to treat TMJ. Many find lasting relief from TMJ discomfort with occasional TENS therapy, which relaxes the jaw muscles and allows the mandible to settle into a comfortable position.

Others benefit from dental appliances that are similar to athletic mouthguards and are designed to hold the jaw in its proper position. For some, it may be necessary to correct a bite condition, or malocclusion, in which the teeth are misaligned.

The neuromuscular dentists at Smile Columbia Dentistry have helped many patients treat TMJ and restore their quality of life. If you live in the Columbia, SC, area and experience chronic jaw pain or headaches, please call (803) 781-9090 to schedule your TMJ consultation.

By Dr. Adam Hahn|December 7th, 2016|TMJ|Comments Off on Dog’s Tale Shows TMJ Can be All Bark, All Bite