The Dallas Morning News reported that a man looking for cheap dentures ended up paying much more than he ever thought possible for his dentures. 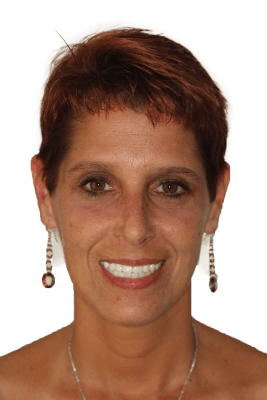 From a Bargain to a Nightmare

The 67-year-old salesman was looking for low-priced dentures, so he responded to an advertisement in the newspaper. He had 15 teeth left, and he had ten visits over two months to get these removed before he was given a temporary denture.

The man reports these dentures were so poorly made that he was barely able to wear them. The top denture hurt and the bottom one didn’t fit at all. He went back to the dentist several times to try to get the dentures fixed, but after a while the dentist told him she wouldn’t be her dentist any more and sent him away.

The man now has no teeth, and his diet is limited to soft foods like Twinkies, Jell-O, soup, and milkshakes, which he claims has caused him to lose 30 pounds over the last few months. He has personally paid $5500 and his insurance has paid more, and he is currently awaiting the results of his complaint with the Texas State Board of Dental Examiners.

With a case like this, it’s impossible for us to judge the right and wrong without knowing the specifics. The dentist, for example, disputes the man’s case, claiming the problem is the man has unrealistic expectation that his dentures “be 100 percent like his own teeth.”

Even though we don’t know the exact details here, it is still instructive to consider.

Most Dentists Don’t Know How to Make Dentures

Denture making had never been an exact science, and the traditional denture manufacturing process is inexact, with a lot of room for dentists to make errors and no good process for correcting them. Because they turned out poorly, many dentists avoided making them, so that denture making has become something of a lost art.

On the other hand, FOY Dentures® use a scientific process that creates predictable results. The fit is almost always perfect, and in the rare case the fit isn’t exact, the scientific process allows good troubleshooting to correct problems.

Why You Should Invest in Quality Dentures

Cheap dentures can be expensive. Not only might you pay out of pocket,  you may pay in terms of quality of life, poor health, an unattractive appearance, and more.

Quality dentures repay the investment tenfold or more in terms of quality of life and appearance.

If you want to learn more about what makes The Denture Fountain of Youth® a good investment, please call 803-781-9090 for an appointment with a denture dentist at Smile Columbia Dentistry in Columbia, SC today.

By Dr. Adam Hahn|April 30th, 2014|General Dentistry|Comments Off on Cheap Dentures May Not Be as Good a Deal as They Seem