Can Dental Implants Improve Your Health? 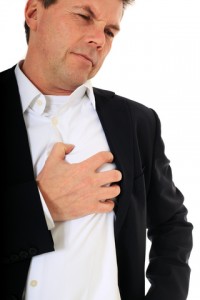 For years, scientists have been uncovering strong evidence which indicates that missing teeth may somehow play a role in certain medical problems. More than ten years ago, Finnish researchers discovered an association between ischaemic heart disease and missing teeth in male subjects between the ages of 45 and 65. Additional studies have come to similar conclusions, prompting modern scientists to look even closer at this strange relationship.

About two years ago, a group of Swedish researchers finished up a 12-year comprehensive study which analyzed more than 7,500 participants. After looking at more than ten years’ worth of data, the team clearly demonstrated a strong link between a person’s risk of death from cardiovascular disease and the number of teeth within his or her mouth. In fact, they found that participants who had fewer than ten teeth were seven times more likely to die from coronary heart disease when compared to similar risk candidates who had more than 25 teeth.

Even the brightest minds aren’t sure why so many medical problems are linked to missing teeth; however, past research has demonstrated that missing teeth can contribute to nutritional deficiencies which can cause medical problems. This is especially true when missing teeth prevent someone from consuming enough tough, fiber-rich fruits and vegetables.

People who have lost teeth tend to experience a decline in life quality, because they can no longer eat tasty foods they once enjoyed. What’s more, studies have clearly shown that missing teeth could indirectly cause health problems by preventing us from consuming healthy nutrients and fiber.

If you are fed up with having to live without the delicious, healthy foods you used to love, you’re in luck. Modern dental implants can give you back the freedom you once enjoyed. To learn more, contact Smile Columbia today or call

By Dr. Adam Hahn|March 14th, 2013|Uncategorized|Comments Off on Can Dental Implants Improve Your Health?

Our Location Book Appointment
Smile Columbia is open. Please call us at (803) 781-9090 for any dental care needs. Learn More Ok