Bruxism–tooth clenching–is a common disorder. About 20% of Americans suffer from awake bruxism, while a similar percentage suffer from sleep bruxism. Among the common effects of bruxism are damage to the temporomandibular joint, often resulting in TMJ, and damage to the teeth.

The front teeth, not being built to stand up under significant strain, are often the victims of bruxism damage, suffering chips, cracks, and excessive wear. Porcelain veneers could treat tooth damage from bruxism, but they’re vulnerable to damage because of the same clenching that resulted in tooth damage.

The good news is, though, that bite splints can protect your porcelain veneers so they can restore tooth damage and give you a beautiful smile you will be proud to show off.

Bruxism Is Hard on Veneers

A recent study looked at the survival rates of porcelain veneers over a 7-year period in people with and without bruxism. The study population of 70 patients, 40 without bruxism and 30 with bruxism, had a total of 323 porcelain veneers placed. The patients with bruxism were evenly divided between those that used a bite splint and those that didn’t.

Bruxism made a huge difference in the survival rate of porcelain veneers. Only five veneers fractured out of the 153 that were placed in patients without bruxism, about 3.2%. Of the 81 veneers placed in people with bruxism who didn’t use their bite splint, seven fractured. That’s about 8.9%, representing nearly three times the risk of fracture.

The difference was about the same for debonding. Debonding is when porcelain veneers come off the tooth and can usually just be put back on. This occurred in seven veneers in people without bruxism, accounting for about 4.6% of veneers. For people with bruxism and without a bite splint, there were ten debondings, accounting for about 12.3% of veneers. 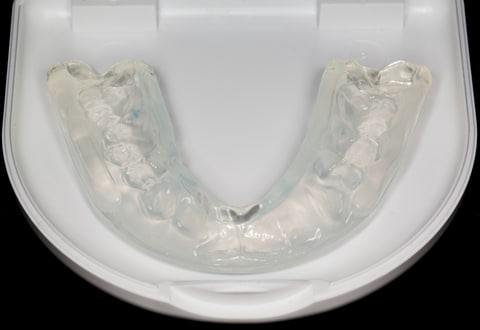 Unfortunately, bite guards don’t seem to protect against debonding, which happened in 12 veneers in this group, about 13.4%.

A Neuromuscular Dentist Makes the Difference

If you have suffered teeth damage due to bruxism or other reasons, we can help. Please call (803) 781-9090 for an appointment with a Columbia, SC dentist skilled in neuromuscular dentistry at Smile Columbia Dentistry.