To dentists and clinicians, wisdom teeth are known as “third molars,” and most of us have or had four of them. Except it isn’t exactly that simple, because some of us have only two or three, and some of us have none at all. According to a study published in the journal, Imaging Science in Dentistry, after sampling 3500 patients aged 25 years or above, about 35 percent were missing one or more of their third molars. In some of these patients, the missing wisdom tooth never erupted or was impacted, meaning that there wasn’t enough space for it to grow. However, many other researchers have explained the tooth’s disappearance with evolutionary theory, showing that expanding brain size in humans might be to blame.

Whatever the reason, one thing is clear: wisdom teeth or “third molars” are strange little things. Here are three more wisdom teeth facts. 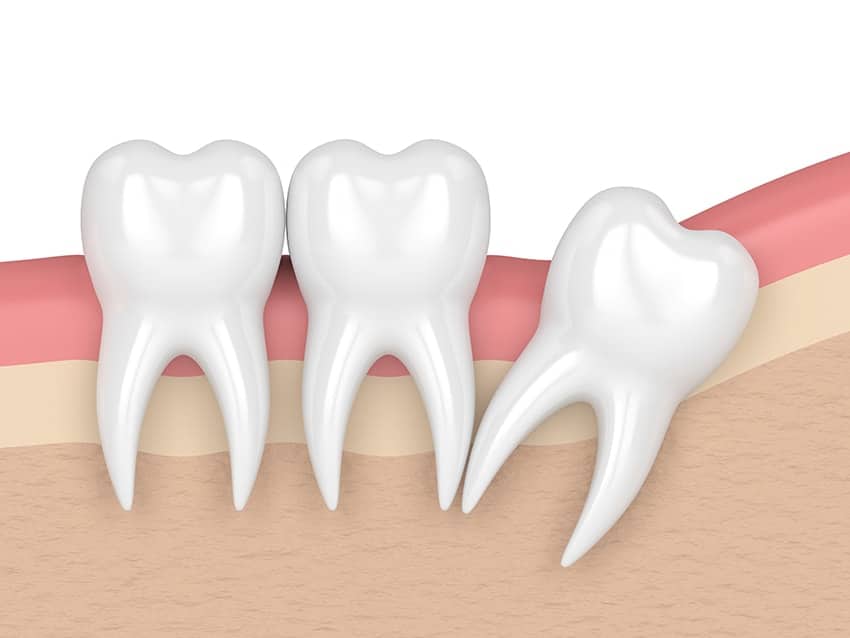 Wisdom Teeth Can Show Up at Any Time

General wisdom says that if you’ve made it to 25 without sight or sound of your wisdom teeth, you’re probably in good shape. However, the age at which wisdom teeth erupt can vary widely. According to the Guinness World Records, wisdom teeth can even erupt well into your 90s. Robert Gray was recorded to have a wisdom tooth erupt at the ripe old age of 94.

Third molars aren’t always the bringers of pain, discomfort, and misaligned teeth. Many scientist are using them to conduct important research on what are known as dental stem cells. The hopes of this research is to someday use these stem cells to repair tissue or bone that has been damaged. A study conducted out of the University of Pittsburgh School of Medicine, found that with a little coaxing, stem cells taken from wisdom teeth could possibly be used to repair eyes damaged by infection.

Impacted Wisdom Teeth Have Been around Awhile

Wisdom teeth that don’t have enough room to grow in the mouth get stuck in the jaw bone and fail to erupt. This can cause a lot of pain, leading to infection and severe inflammation, possibly damaging surrounding teeth, which is why some dentists recommend wisdom teeth removal. Impacted wisdom teeth is not a new phenomenon. In fact, it’s likely that it has been happening for all of human history. The oldest known case of an impacted tooth happened nearly 15,000 thousand years ago. Found on the skeleton of a 25-30 year old women, this discovery put into question a hypothesis which stated that impacted teeth was a modern occurrence caused by a dramatic change in diet.

If you’ve been feeling pain in your mouth, the best solution is to schedule an appointment with your dentist. If you are overdue for a general dentistry check-up or have a dental need, please call (803) 781-9090 or contact Smile Columbia Dentistry in Columbia, South Carolina today for an appointment.